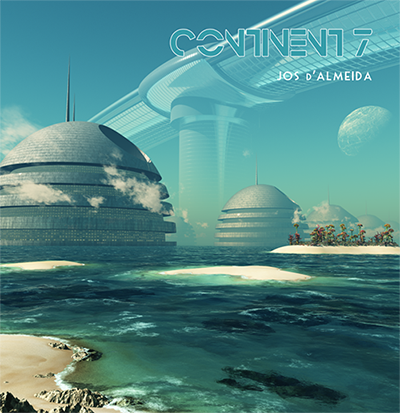 The MAR (Mid-Atlantic-Ridge) was first detected in 1850 by Matthew Maury, who baptized the discovered MAR fraction, as Dolphin Ridge. In 1870, the oceanographic expedition of the HMS Challenger confirmed an accentuated decrease in depth in the Atlantic middle area, when assessing the location of transatlantic submarine cables.

The existence of the ridge was then remotely detected by sonar in 1925, during a German scientific expedition.

Later, in the 1950s, it was held the first effort to structure mapping, being its complex pattern of valleys and superelevations revealed and associated to large seismicity, particularly in the central valley of the mountain range, also known as rift. The MAR became widely accepted as evidence for the plausibility of Wegener’s continental drift theory, which would later give rise to the theory, still in force, of tectonics plate.

From the moment it was set the location and macro-structure of the MAR, and its geomorphological origin, it was possible to trace a structural link between geographically distant locations, but whose geological link became evident, since these areas were originated by geological processes associated with MAR. The Azores, the Jan Mayen Island, Iceland, the Rocks of St. Peter and St. Paul, the Ascension Islands, St. Helens, Tristan da Cunha, Gough and Bouvet are all direct and visible expressions of MAR.

In the Azores, the MAR  (Mid-Atlantic-Ridge) is integrated in the platform or Plateau of the Azores, a geological structure of large, thick triangular mode setting (approximately 400000Km2), delimited by the bathymetric of 2000m that rises from the surrounding abyssal plain containing not only the islands of the archipelago, but also numerous seamounts, with an average density of 3 seamounts per 1000Km2. Some of these elevations, now submerged hundreds of meters deep, were emerged in the past (from thousands to millions of years ago), forming islands and, for this reason, exhibit flattened tops caused by coastal erosion (guyots).

The sinking of these seamounts, result from the phenomenon of subsidence and other factors that shaped the geographic evolution of former islands of volcanic origin.

Seamounts of the Meteor Complex: This area is a group of seamounts located approximately at 300Km south of the Azores and 1500Km NW of the African continent. The northern polygon line that integrates this marine protected area is distant 335Km of the city of Horta (181 nautical miles) and 285Km from the city of Ponta Delgada (154 nautical miles).

Although relatively close to the archipelago of the Azores, it is a remote and secluded complex, having several of its seamounts a stub-shaped plateau, a sign that some of the structures that constitute it must have been islands in the past.

The origin of this group of seamounts it’s considered to be connected to the eruptions associated with the New England “hot spot”. The Cruiser Plateau it’s estimated to have formed some 76 million years ago, when the volcanic activity connected to the movements of the African plate initially moved north, during the late Cretaceous and early Cenozoic (in the case of Plato, Atlantis and Tyro), and then south to the Great Meteor, at the end of the Cenozoic. Recurrent volcanic activity probably occurred until about 20 – 30 million years ago, in this zone.

The Atlantis Seamount Complex is formed by different elevations, but has a common base about 2400m deep. Located about 40 miles away from the Azorean subarea of the Portuguese EEZ, 34° 40’ N / 27° 30’ W, the Tyro Seamount has a minimum depth of 1370m. The Atlantis is the most western seamount. Plato, located south of the previously described seamounts, has approximately 110Km in length and a minimum depth of about 580m, being aligned in an E-W direction.

The Cruiser Plateau located southeast has a minimum depth of 590m and a length of approximately 70Km.

Further south, lies the Great Meteor, a large elliptical seamount with a flat surface, i.e. a guyot, with approximately 1500Km2, rising from 4200m up to 270m below sea surface.

(Texts extracted and adapted from https://whc.unesco.org/en/tentativelists/6231/ (in 01.04.2020) Note: all rights and scientific studies here covered are rights of Unesco organization, described here for educational purposes).

Original text submitted by Permanent Delegation of Portugal to Unesco 06.06.2017.