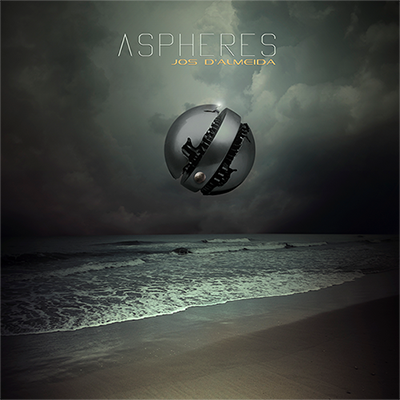 The Asphere album, was recorded in Galway Ireland at the end of 2018, at Jos d’Almeida private studios.
The album has twelve Electronic Vintage musical themes and running time of 79 minutes. Definition 24bits/44.1KHz, Digital Recorded and Digital Mix.

Two million years ago, humans are no longer part of Planet Earth.

Only traces remain of different civilizations and stages of evolution in a very precarious archaeological state.

The Sounder, sent by the Creator’s in AETHER, is followed by space ships of embryos.

The re-population of the Earth starts with the same processes as before and by the same creators.

The interference of the civilization creator in the process of evolution of the species placed in planets is non-existent.

The creator’s civilization is extremely evolved and never has been through any mass extinction process. The process of giving planets life is based on a philosophy of creation and patience. The populated planets can develop species of one or more forms of intelligent life.

Nothing exists at this moment on the Earth except oceans.

Forests begin to appear but are slow to establish.

However, the oceans are full of life. The oceanic mammals have disappeared at the time of the Evolved Man, victims of the environmental actions suffered in the time of Technological Man and Modern Man.

Only one species of marine mammals has reached these new times.

Their evolution bestowed on them the ability to master the water, technologically. They created deep tunnels, allowing them to store large reserves of breathable air. This species was once known as the Dolphin.

(This story It was conceived at 8000 meters height on a commercial flight from London to Dublin in August 2018).